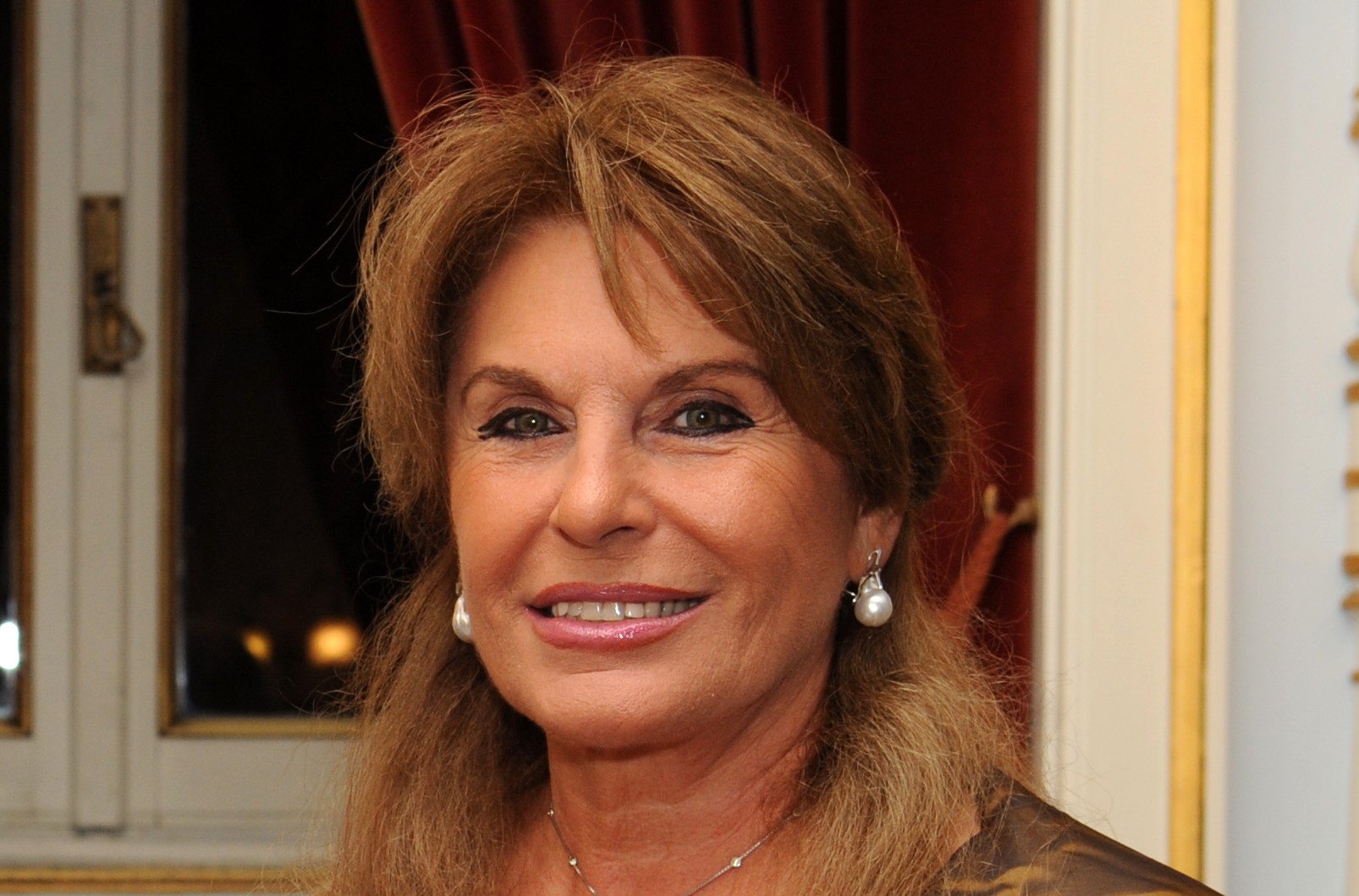 by Carmen Mortellaro, Professor of Elements of odontostomatological diseases at UniCamillus

Regenerative medicine has its roots in the past: the fact that some tissues are able to regenerate themselves was already known in the fourth century BC.
Aristotle, in his book Historia Animalium, was the first to describe the  ability of lizards and other reptiles to regrow parts of their body, such as the tail.

Even in Greek mythology there were already animals endowed with regenerative abilities. The Lernaean Hydra was a monstrous nine-headed water snake. If one of its many heads was cut off, two more new ones would grow back in its place; it was definitively defeated at the hands of Hercules who cauterized the stump of the severed heads.

Today the name “Hydra” has been given to an aquatic animal with a cylindrical body on top of which there are numerous small tentacles: when this portion of the body is cut in a short time, the animal is able to make it grow back.
Among the very interesting observations made by Lazzaro Spallanzani, the great Italian Naturalist of the eighteenth century, there are those concerning the regeneration of parts of animals (batrachians, saurians, worms), in particular those concerning the regeneration of the snails’ head, when he taught at the College of Modena and then of Pavia.

He amputated legs from toads and frogs, tails from lizards, horns and head from snails, observing their more or less regular reproduction. He also methodically studied the revival of rotifers from the state of apparent death, caused by the drying of the environment.

Although he did not come to interpret the phenomenon, he realized its great importance.

His numerous experiments, mostly demonstrative but of extraordinary scientific impact, earned him public admiration and a great following in the always crowded university classrooms, but they also aroused great envy among the scientific community of the time.

For this reason Spallanzani was the victim of an atrocious slander, which some malevolent colleagues had done to him, including the protector who had called him to teach in Pavia, reporting him to the authorities for appropriation of materials belonging to the Natural History Museum, in order to increase his private collection.

Despite of the outrage due to the vulgar mendacious accusation, he will be able to prove its falsity by putting an end to most of the personal fights, more or less decent, between professors, in a historical period in which the great anger and the great hatred did not know any inibitions.

Spallanzani was thus able to continue his studies with new enthusiasm, acquiring an increased fame and great renewed esteem.

What prompted him to this research was certainly the reading of the observations made by his friend, the Genevan Naturalist Bonnet together with the French Réaumur, on the regeneration of portions of the earthworm or of the legs of the amputated freshwater crab.

He had seen how, by amputating the cephalic extremity of an earthworm, it reformed itself in a more or less long space of time and in a shape very similar to the amputated part. On the same subject we have publications by the Italians Domenico Vandelli and Antonio Vallisneri junior.

Guettard (1715-1786) and his teacher Bernardo de Jussieu (1699-1777) also studied post-amputation regeneration and were able to ascertain that marine polyps and asterias also experienced the same phenomenon.

Spallanzani’s important insight was that, if the cut in the experimental animal fell too far from the head, the scarring still occurred, but the segment did not feed and ended up dying. “This force (the regenerative) seems to measure its degrees by the length of the cut part. So that nature seems to have as its purpose to repair only the lost part and not to go further” he stated in his laboratory notes.

Spallanzani with this statement precedes the law of morphoesthesia, so called by Nollet, according to which organisms tend to return the missing parts, trying to restore the mutilated to the primitive form.

Another field that he used for his very interesting explorations on the subject was the regeneration of parts of land snails and of the naked slug after amputation of the head of these gastropod molluscs.
Even Voltaire wanted to experience the phenomenon, even if he was not convinced. The French Academy of Sciences in 1768 appointed a commission composed of academics Turgot, Lavoisier, Tenon and Hérissant to report on the matter, but the Commission fully confirmed the extraordninary Spallanzani’s discovery.

In his subsequent studies on the snail, Carrière (1880) discovered that if only one part of the brain is removed (periesophageal ganglia) regeneration can take place, while on the contrary the snail dies if these ganglia are removed in its entirety.

After Spallanzani, who with his research gave the biological phenomenon of regenerations a notable boost, many other scientists have worked in this field. In fact in the last twenty years of the XIX century it was methodically studied and interpreted by researchers, such as Roux (1883), Driesch (1891 and Loeb (1892-93) but the Abbot of Scandiano was an exceptional explorer in a time when biology and natural sciences, which were still two young disciplines, were based almost exclusively on theories, systems, analogies or only reasoning. His study was mainly based on minute experience and scrupulous observation, aware that any scientific argument must be corroborated by facts.

Subsequent studies on the animal kingdom show that few phyla can compete with that of Echinoderms in terms of regenerative capacity and regeneration phenomena are borne by various portions.
This amazing ability is used to reconstruct different structures such as arms, spines, various appendages and internal organs, which got lost following traumatic or self-induced amputation.

In some species of sea stars and ophiures, regenerative processes are also used to carry out asexual reproduction cycles, in which the adult specimen divides into two parts and each fragment then regenerates the missing portion to give rise to the new regenerating structures. In addition to stem cell populations, echinoderms are also able to use cells recruited from the remaining adult stump tissue, such as muscle; after having suitably processed them, they are reused to reconstruct the tissues at the level of the
regenerating portion.

Research on the regenerative abilities of Echinoderms has been carried out for several years at the Department of Biology of the University of Milan. The animal model used in the experiments is Mediterranean Antedon, an endemic crinoid of the Mediterranean, which is well suited to this type of study: its ten arms are in fact very fragile and their self-amputation can be easily induced; the regenerative process that follows can thus be studied in detail in all its phases.

The scientific usefulness of this curious local animal is not limited to this; its remarkable regenerative properties can in fact also affect other external appendages, such as cirrus clouds and pinnules and even internal organs such as the mass of the viscera, thus offering the researcher a wide range of regenerative phenomena to be studied.

The conspicuous presence and habitual use of stem cells during the regeneration of this crinoid offer a very useful model on which to carry out scientific research which, in the near future, cannot be excluded, can open new perspectives and applications also in the field of regeneration of human tissues.

We have seen how the regeneration of the limbs, which is an extraordinary ability of some animals, is a characteristic that has always fascinated mankind.
Scientists have repeatedly attempted to steal the secrets of the species that are able to do it and now the Karolinska Institutet in Stockholm has decided to exploit advances in technology to map the genome of Waltl’s pleurodele, a salamander family amphibian, in the hope to unravel the mystery.

In fact, salamanders are the animals that more than any other have shown the tendency to regrow entire organs, including parts of the brain. Studying them, however, is complex, both because there are significant differences between salamanders as well, and because they have a long life cycle that contrasts with laboratory breeding.

Fortunately, thanks to a simpler management of Waltl’s pleurodele, the new research finally adds the missing piece of genome mapping, which results in this Iberian Peninsula and Morocco endemic species, six times larger than the human one.
An abundance that has always proved to be an obstacle and that has represented a long challenge for scientists and underlines that large amounts of time are not required for sequencing, as for the phase dedicated to recreating the genome from the sequences. Despite the difficulties, the team has identified a family of genes that could show us the right way to understand what processes lie behind the regeneration of certain parts of the body.

It is a special group of microRNAs (small non-coding RNAs) which are also active in salamander adult individuals in the salamander.
Caution is rightly recommended, but at the same time it is hoped that by monitoring the regeneration processes of salamanders, sooner or later it is possible to carry out useful speculations to activate similar mechanisms in mammals. In short, we do not know if one day man will be able to develop skills such as those studied, but a first important step in this direction has been taken.