Hoo Hah House & APSEchoes have the honour of inviting you, yes you, to a theatrical masterclass suited to participants of all skills, builds and capabilities.

Our team of professionals are providing a safe space for you to explore your creativity, to surprise yourself, and boost your confidence.

We have joined forces to bring the most exciting and comprehensive masterclasses, created from the blend of our passions: theatrical arts and introspection through counselling and the English language.

Join us for a 2-hour session to play between the given and the potential world.

In a safe space, along with your peers and our guidance, be ready to have some fun while exploring your own self, your relation to your moving body, thinking mind, your emotions and the energy that connects us all.

Our aim for these open days is to support and uplift a willing group on a journey to discover strength through devising games and exercises that will connect you with your inner child, empower one’s presence and create a free platform to experiment with the English language.

These workshops are tailored around finding the joy of playing and harnessing it to conquer the English language and establish a physical and mental wellbeing vocabulary for the students to access. We believe theatre as a transformative power and can support people at any stage of their lives to learn more about themselves and grow into the person they want to become.

We hope to create a community that can approach uncomfortable situations and conversations with the best attitude and energy. 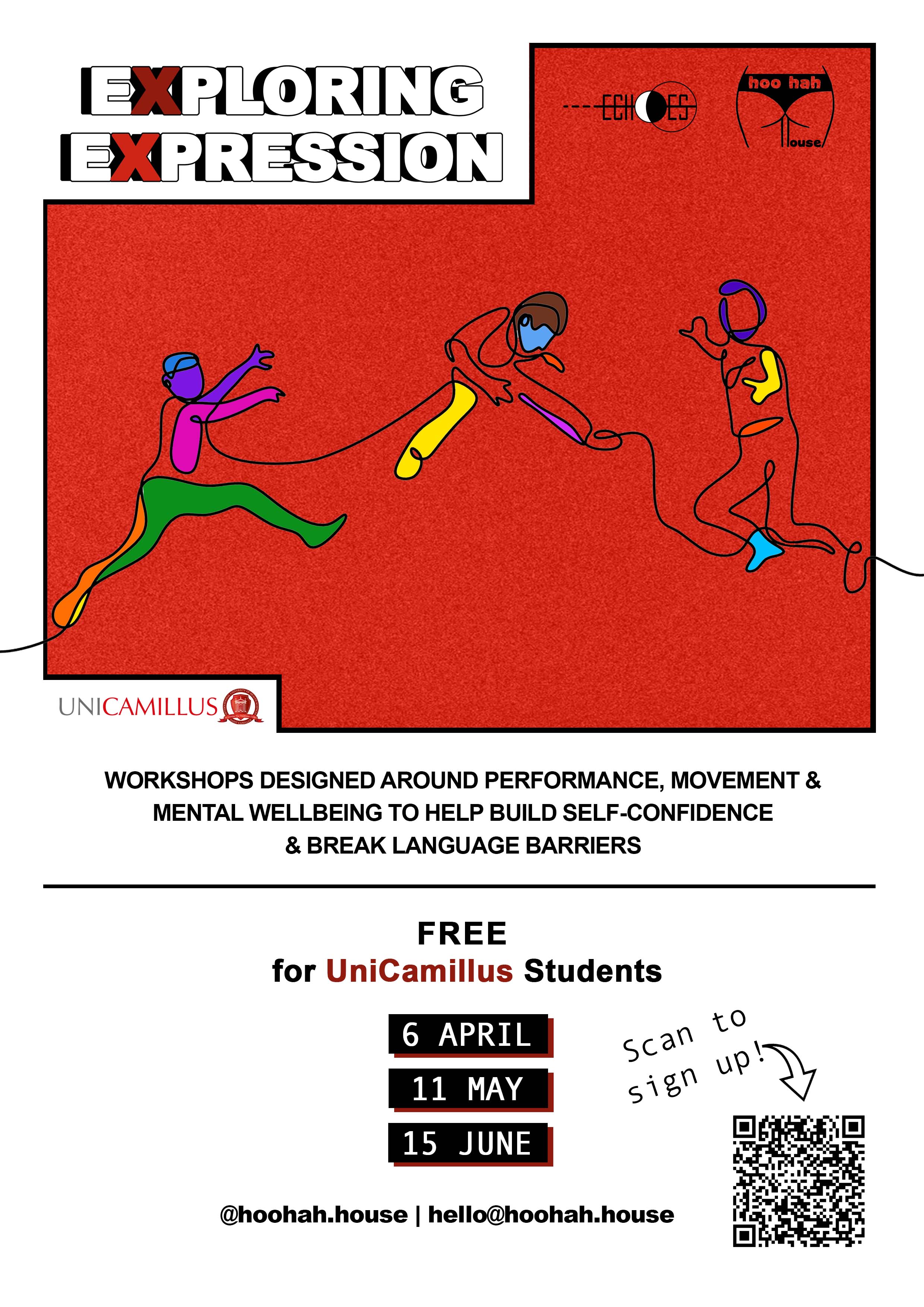 Bartolomeo Bartolini is an international actor, puppeteer and stilt-walker. The 3-years vocational Physical Theatre course at East15 (London) saw him working with Johnathan Firth, David Glass, Nola Rea, RIch Rusk, Irina Brown and many others. He graduated  with a First that brought him into joining a pantomime tour of “Mother Goose” in South East England, for which his Jacques Lecoq training was essential (Commedia dell’Arte, clowning, mime, melodrama…). He led online and face-to-face workshops on the psycho-physical acting method of Michael Chekhov just before writing and performing his originale show “So…You Knew?”, about climate change.

In 2021 he became administrator of “APS Echoes”, following a 5 months journey with The Walk (Good Chance Theatre and Handspring Theatre), which brought him around cities and communities from Syria to the UK with Little Amal, 3.5m puppet representing a Syrian child looking for a better future.

Maria Cristina (Chicca) Petitti is an authentic Roman theatre maker, who is passionate about all things earthly and feminine.

Maria Cristina graduated from BA World Performance at East15 Acting School and, straight away, has gone on to not only perform, but work as a director, stage manager, producer and technical manager around London and the UK as well as founding artistic director of Hoo Hah House Productions.

You can probably find Chicca failing at handstands, hugging a dog or talking to plants.

Everleigh Brenner is an authentic American Girl Doll from the sparkling suburb of Bethesda, Maryland.

She works around and about London as an actor, writer and founding artistic director of Hoo Hah House Productions.

After graduating from the Baltimore School for the Arts, she continued her acting training across the Atlantic at Drama Centre London graduating in 2020. Everleigh recently completed her masters degree in screenwriting at the London Film Academy where she began work on her solo show BRAVE FACE.

Everleigh enjoys spending her free time upside-down on her yoga mat or talking to animals she finds while dancing up mountains. Special thanks to her german shepherd Blue for capturing magic on earth.

Costanza Mascilli Migliorini discovered Poor Theatre and directing thanks to 5 years studying with the notorious Daniele Lamuraglia, after concluding her academic career. Between her best credits: adaptation of “Of Mice and Men” (John Steinbeck), Ocean Sea (Alessandro Baricco) and the writing of “Coal Dreams”, original show about gender-based violence.

In 2020 gets her diploma in counselling at ASPIC,( scuola Superiore Europea di Gestalt counselling) and she becomes President of “APS Echoes”, with which she opens 3 Introspective Theatre courses, using counselling applications for teaching drama and bringing to life a new experimental approach to acting. After “Son per voi me stessa”, her first poetry collection (2017), in 2020 Costanza published with Edizioni Tassinari her second collection “La logica delle crepe”.

In 2021 she achieved a diploma in couple counselling and she enrolled in Registers the professional figure of “Evolutionary Theatre Operator”, funding the first 3-year master in Italy.