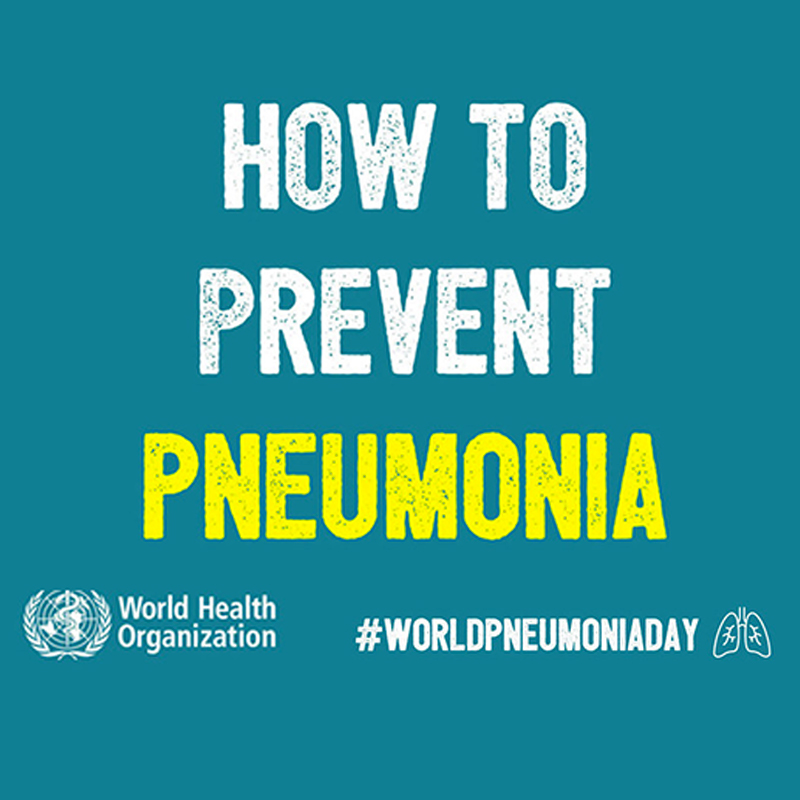 Obscured by Covid, that in its most serious form leads to hospitalization of the patients for this very pathology, pneumonia remains a lethal disease, especially for children under 5 years of age. It is estimated that at least 14% of deaths in that age bracket is due to pneumonia.
In order to highlight the seriousness of this disease, that in its progression causes fluid accumulation  in the alveolar airspace, making breathing painful and difficult, UNICEF and OMS have launched, in 2009, World Pneumonia Day.

This disease “affects children and families everywhere, but deaths are higher in Southern Asia and Sub Saharan Africa – WHO explains – Children can be protected from pneumonia, with simple treatments and with low-cost and low-tech medicines and therapies”.
And yet, according to a study carried out in 2020 by UNICEF, Clinton Health Access Initiative (CHAI), Save the Children and Murdoch Children’s Research Institute (MCRI), “every year due to the most serious forms of pneumonia 4,2 million children under 5 years of age in 124 low and medium-income countries have critically low oxygen levels”.

While most healthy children can fight the infection with their own natural defences, children with a compromised immune system are exposed to a higher risk of developing the disease. It is a sensitive issue especially in developing countries, where children are already debilitated by malnutrition, pre-existing illnesses, such as symptomatic infections from HIV and measles, that increase the risk of developing pneumonia.
Environmental factors also contribute to the susceptibility of the of the pathology, such as air pollution, la warming from biomass fuels such as wood or manure, smoke.

The pharmacological treatment, for the bacterial form of the disease, provides for the administration of amoxicillin: most cases of pneumonia, in fact, are treatable with oral antibiotics, while hospitalization is recommended only for pneumonia most serious cases. Among these, also the cases deriving from Covid19 that, in its expressions, causes a bilateral interstitial pneumonia with a multiorgan hyperinflammatory diagnosis. And that from the onset of the pandemic, only in Italy, has caused 130.000 deaths.