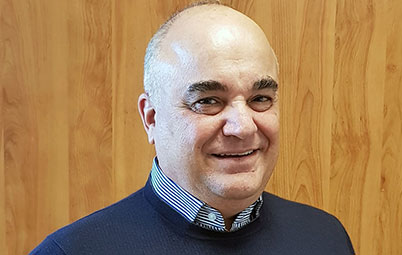 He graduated in Medicine and Surgery at the University of Pisa (1980) and specialized in Neurology in 1984 and in Psychiatry in 1988, always with the highest grades. In the years 1985 to 1991 he attended a Jungian psychoanalytic training under the direction of analysts of the AIPA (Italian association of Jungian psychoanalysts). It was until 1994 the head physician of Neuropsychiatry ward in the G. Venticinque Hospital in Taranto (TA). From 1994 to 2018, supervisor of the Day Hospital of the Psychiatric Clinic of the University of Pisa.
He is currently an extraordinary professor at the Unicamillus University in Rome. In 2015 he founded the Brain Research Foundation – Italy – Institute for scientific research in Psychiatry and Neuroscience (BRF) of which he is currently president.
He is reviewer of numerous international scientific journals. He is a member of national and international scientific societies and committees. He participated as speaker at congresses, seminars, masters and educational activities and continues to actively participate in and organize them through the activity of the BRF Foundation.
His main research areas concern Bipolar Disorder and its psychopharmacological treatment, the relationship between psychiatric pathology and Parkinson’s disease, the relationship between mood disorders and cognitive impairment, behavioral addictions with particular regard to food addiction, neuroplasticity and neurotrophic factors, the use of information technology in the management of mood disorders and psychiatric illnesses. Research programs supported by national and international funds are currently underway, particularly focused on the use of IT tools to support the diagnosis and treatment of some psychiatric disorders.
He has published about 50 papers (indexed in Pubmed; H-index: 19; i10-index: 28)