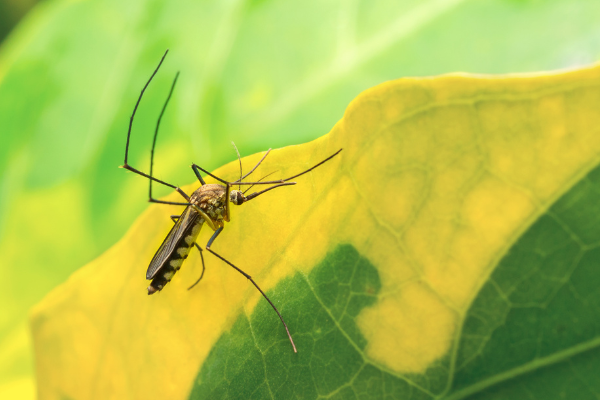 Dengue, an infectious disease transmitted by Aedes mosquito bites, has reappeared. It is also known as “breakbone fever” due to the intense pain it can cause. Currently, Singapore seems to face a real emergency. According to CNN, on June 1st – conventionally considered the starting date of Dengue peak period – 11 thousand cases have been reported, doubling the amount of 5.258 in 2021.
Specialists stated and reported to CNN that climate change is one of the most likely explanations: subtropical climate is an ideal environment for Aedes mosquitoes, responsible for the virus transmission. Nonetheless, Dengue virus may spread worldwide because of global climate change.

During the introductory speech given at Health Professions students’ graduation ceremony, Professor Peluso (UniCamillus professors) pointed out a similar topic: climate change due to human activities is prone to facilitate an ever-widening series of pandemics.

In a CNN investigation, Singapore health authorities underlined that “About 10% of the cases require hospitalization. Although hospitalizations due to the recent increasing spread, Dengue cases are still manageable at the moment.”

The World Health Organization indicates that Dengue is endemic in more than 100 countries. In 2019, 5.2 million cases were reported, along with thousands of victims in the Philippines and Bangladesh, whose hospitals were overloaded. The same situation repeated in Afghanistan, where the disease appeared for the first time. Over the past 50 years, cases have increased 30-fold and WHO states: «not only has the number of cases increased together with the gradual spread of Dengue in new areas of the world, but critical clusters have been taking place». In 2020, Singapore experienced its worst Dengue epidemic, with 35.315 cases and 28 deaths.

Dengue is an infectious disease caused by four variants of the same virus, spread through mosquito bites. These mosquitoes previously bit an infected individual.Concerning transmission, the most effective mosquito is Aedes aegypti, typical of tropical regions (it does not exist in Italy). However, tiger mosquitoes (Aedes albopictus) can also contribute to infection, albeit less effectively. Unfortunately, contracting Dengue only protects individuals from the specific virus they were infected from and not from the other three variants.

Symptoms can appear after about one week from the bite: high fever, severe headache, muscle pain, nausea, and vomiting. Moreover, severe symptoms can manifest, such as breathing difficulties and multiple-organ failure. Dengue is characterized by a very low mortality rate: around 1% of the infected cases. It can increase to 40% in the event of haemorrhagic complications.

In most cases Dengue manifests as asymptomatic at least with respect to the first infection, whereas a second one may appear with severe immune reactions which may result in haemorrhages.
There are no therapies for Dengue, except for a vaccination which seems to be effective only for previously infected individuals. On the contrary, it seems to increase the risk of contracting the infection for those who have never developed it.

Every year in Italy, authorities report dozens of Dengue cases which are generally infections contracted abroad. It affects mainly travellers from South America, Southeast Asia, and Africa where Dengue is endemic. It may also appear in the United States, especially in southern states.