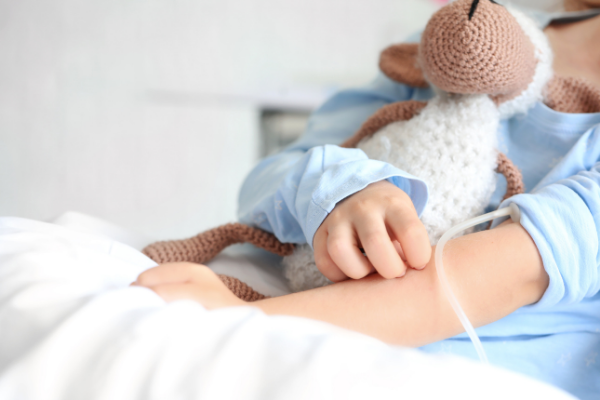 At first Great Britain raised the alarm, then cases were observed in Denmark, Ireland, the Netherlands and Spain. Also Italy was involved, with 4 suspected cases of this new severe acute hepatitis affecting children in pediatric age.

Etiology of this type of hepatitis is quite unknown. Specialists are leaning toward either a viral origin or a possible toxic exposure. No links to COVID-19 vaccination are identified at the moment.

Currently, in many cases, the distinguishing features are age (between 3 and 6 years old), high levels of transaminase and jaundice. Some patients reported gastrointestinal symptoms, including abdominal pain, diarrhea, and vomiting in the previous weeks, but not febrile events.

Of the 13 reported cases in Scotland, the first ones observed and supported by detailed information from tests, three tested positive for SARS-CoV-2, five tested negative and two had infections in the three months prior to onset. 11 of these 13 cases got tested for  adenovirus and 5 were positive.

Attention has increased since last April 5, when the United Kingdom reported a rise in cases of acute hepatitis of unknown etiology among previously healthy children under the age of 10, coming from Scotland. Data was updated on April 12, when British health authorities reported 61 further cases under investigation all over the territory, with a high incidence among children between the ages of 2 and 5. “Surely some cases of severe acute hepatitis were reported in specific areas, but they are not necessarily related to this alert. We need to understand if there is a higher concentration of cases. At the moment we do not know it” – the director of the Hepatogastroenterology and Liver Transplantation Department at Bambino Gesù Hospital in Rome, Giuseppe Maggiore, explained – “We are vigilant and we are monitoring the situation with great attention”.

ECDC reported that the aforementioned cases are part of unclassified hepatitis among those known so far.
“We currently include these types in the group of so-called hepatitis “not A-not E” –  Giuseppe Indolfi, the hepatologist of Meyer Hospital in Florence, said – “that is to say they are not included in the most common and known types (A, B, C, D and E). Unfortunately we are not able to say which is the pathogenic agent causing them, so no marker allowing their definite recognition was identified”.

WHO considers a priority to “determine the etiology of these cases to guide further clinical and public health actions.” Meanwhile, confirmed cases of this pathology reached the amount of 108, 77% of these is adenovirus positive. For 8 patients the course of the disease required organ transplantation.