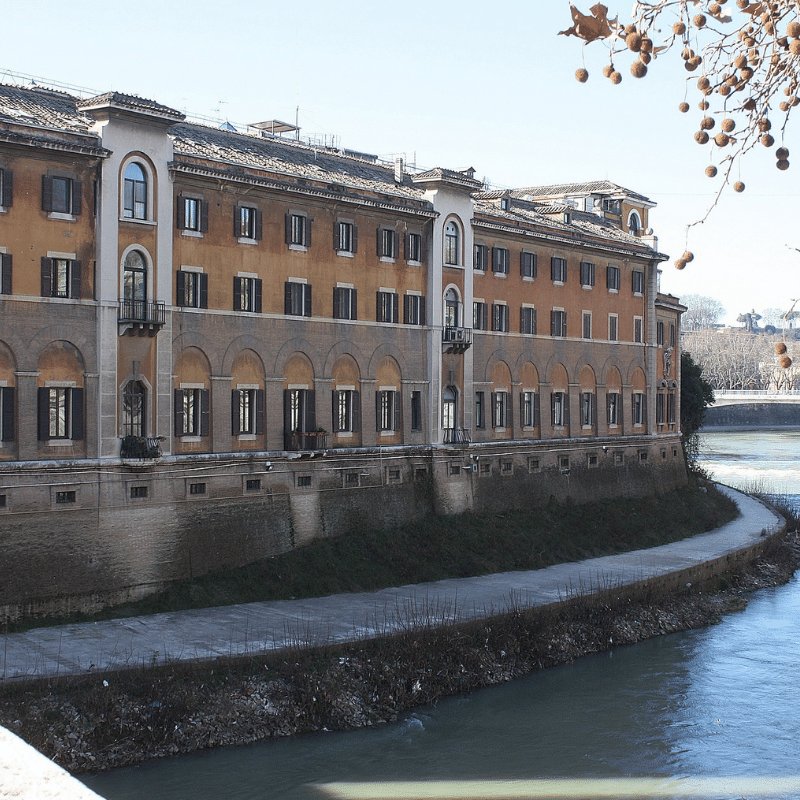 For decades Fatebenefratelli has been considered the maternity hospital by Rome inhabitants. It is situated on Isola Tiberina (Tiber Island) and it has always been a benchmark for the city of Rome, especially concerning births.

This hospital is located in the very heart of Rome, on Isola Tiberina, as mentioned before, and stands on the ruins of the ancient temple of Aesculapius, the Greco-Roman demigod who became the god of medicine.

After being on the verge of bankruptcy, in the last few days a glimmer of hope in relaunching Fatebenfratelli has risen thanks to Leonardo Del Vecchio’s intervention (Luxottica patron).

It may have been Del Vecchio’s last charity activity before his death following pneumonia, a few days ago.

Hospital management will shift from Società Isola Tiberina to Gemelli Isola SpA. The latter is a society created by Fondazione Policlinico Gemelli with the collaboration of Luxottica, whose financial contribution for the new facility is 100 million euros, covering costs for Fatebenefratelli relaunch.

In the past, Rome city center lost San Giacomo Hospital (close to Via del Corso) which was an operational emergency facility in the heart of Rome available both for Romans and tourists. With San Giacomo Hospital shut down, from an hospital network rationalization point of view, the “health burden” in the center area has been shared among Fatebenefratelli and the University Hospital Umberto I. The economic crisis has brought Tiber Island facility one step closer to bankruptcy. Thanks to Del Vecchio’s intervention failure was averted.

Exactly at the beginning of this year, during one of his audiences, Pope Francis said: “In today’s world often marked by individualism and indifference, it’s amazing to observe some entrepreneurs focusing on common good. The latter should be the parameter of business choices.”