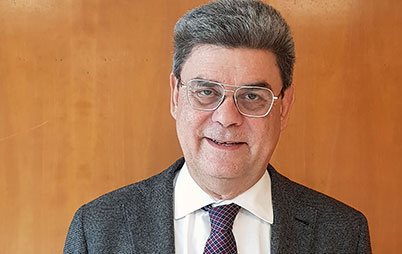 Professor of General and Applied Hygiene in Midwifery Degree

Born in Rome on 28 April 1954, he graduated in Medicine and Surgery in 1979, he subsequently post graduated in Hygiene and Preventive Medicine (1982).
He continued his studies obtaining a master in epidemiology at the London School of Hygiene.
Currently he is Full Professor of Hygiene, Epidemiology and Public Health at the Faculty of Medicine and Surgery of the University “Tor Vergata” of Rome.
At this university he has held the position of Director of the Department of Biomedicine and Prevention of the Faculty of Medicine and Surgery since 2012.
Member of the Academic Senate at the same University of Tor Vergata, from 2012 to today.
Director of the School of Specialization in Hygiene and Preventive Medicine since 2016.
Coordinator from 2012 to date of the Ph.D. in Nursing and Public Health Sciences.
Director of the Master in RPG approved in 2017, as well as Medical Director of the CBRNe Masters of I and II level of Tor Vergata.
Member of the Scientific and Technical Committee of the Italian League Against Cancer since 2017.
He is Editor in Chief of the Biomedicine and Prevention magazine since 2016.
He is the author of over 200 national and international scientific publications, numerous monographs, book chapters, books and publications.