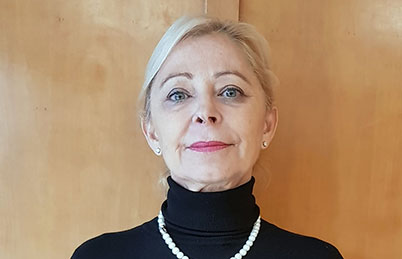 She graduated in Medicine and Surgery in Pisa (1981) where she later obtained her Specialty in Psychiatry (1985) and in Biochemistry (1990).
She is Professor of Psychiatry at AOU Pisana in Pisa, Adjunct Professor of Psychology at Unicamillus University in Rome, and Research Director of the Brain Research Foundation, Lucca, all in Italy.
She is Field Editor of CNS Spectrums, Editor-in-chief of Clinical Neuropsychiatry, and Associated Editor of BMJ Psychiatry, while being also in the editorial board of other international journals and reviewer of first-rank scientific journals.
She had spent different periods abroad (Norway and USA) with scholarships or as visiting Professor.
She was awarded different international and national prizes.
She is member of several international and national scientific societies and committees.
She has participated and still participates nowadays actively as organizer or speaker in hundreds of conferences, seminars and teaching activities.
Her research interests are focused on biological markers in psychiatric and normal conditions, emotion, attachment, psychopharmacology and clinical psychiatry.
She is recognized to be amongst the most 10 most distinguished Italian psychiatrists.
More important, she is universally recognized as the first scientist showing a neurobiological underpinning in romantic love.
The results of her study on romantic love became widely discussed, even amongst the general public, and rendered her very popular, as evidence had been produced that a widely recognized feeling might have a biological substrate.
Last, but not least, more recently, with a constant attention on environmental challenges, she is contributing to elucidate the brain damage following nuclear disasters or professional exposure, wars and terrorism attacks.
She has with no doubt promoted biological psychiatry/psychopharmacology in her country and all the over the world, while creating an active network of collaborations with different departments and disciplines, with a never-ending energy and enthusiasm.
Her contributions are scientific sound, innovative, intriguing and inspiring.
She has authored more than 600 papers mainly in international journals (308 in Pubmed, H-index: 48, chapters in books, 9 books, two essays translated in foreign languages, and one novel.