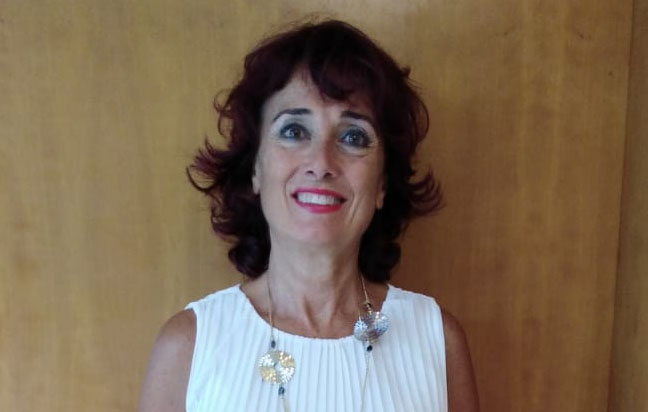 Professor of Gynecology and Obstetrics in Nursing Degree

From 2005 to 2015 Head of Gynecology and Obstetrics at the Hospitals of Rome San Giacomo and San Giovanni Addolorata.
From 1999 to 2015 she founded and directed the Center for the Protection of Pregnant Women for the prevention, diagnosis and therapy of recurrent miscarriage at the ASL Rome C- S. Eugenio Hospital.
Graduated in Medicine and Surgery at the Sapienza University of Rome in 1981 with honors, the experimental thesis was awarded by the Cenci-Bolognetti Foundation.
Specialist in Pediatrics and Specialist in Obstetrics and Gynecology with honors.
For over 30 years she has participated in numerous clinical trials aimed at studying the immunological and autoimmune, endocrine and metabolic factors of women suffering from recurrent spontaneous abortion in collaboration with the University of Rome Tor Vergata and the University of Tel Aviv-Sheba Medical Center.
She has carried out numerous research projects with ISPESL (current INAIL) for the identification, measurement and assessment of environmental chemical and biological risk factors associated with pregnancy in women suffering from recurrent spontaneous abortion, and in infertile women.
In collaboration with the APCC and the Faculty of Psychology of the University of Urbino has drawn up guidelines for the management of a psychosomatic intervention in the care process for women with recurrent spontaneous abortion.
She cooperated in international social and health projects on the issue of victims of trafficking with the International Alliance for Justice, Law, Minerva and with the support of the Ministry of Foreign Affairs, in Iraqi Kurdistan (2012), and participated, in partnership with the I Municipio, the ASL Rome A and CIES to FEI – European Fund for the Integration of Third-Country Citizens 2012-2014.
She has participated in projects by the Municipality of Rome “Birth in Rome” and the project “Born to read and born for music”.
President and Coordinator of the Technical-Scientific Committee of A.S.R. Onlus (Spontaneous Abortion Recurrent Onlus), Association of patients for the fight against Recurrent Spontaneous Abortion, (http://www.poliabortivita.it/) the A.S.R. ONLUS was subsequently accredited by the Ministry of Health as an E.C.M. (over 100 events organized and held from 2005 to 2011).
Member of the ITACA group (Italian Network for C1-INH-HAE) and of the European C1INH deficit study group as the only obstetrician gynecologist, participated in the European project PREHEAT (QLGI-CT-2002-01359) for the study of hereditary angioedema.
Referee gynecologist of the Association of patients affected by the rare disease Angioedema Ereditario http://www.angioedemaereditario.org.
She is the author of over 200 scientific publications in national and international medical journals, and she is referee for several peer-reviewed journals.
In 2006 she received the Minerva Award “Alla Scienza”.
She has participated in numerous television broadcasts (RAI 1, RAI 3, RAI News, TVSAT 2000 (TV channel promoted by CEI), Tele Salute, and has collaborated with the monthly popularization magazine “Minerva” always on scientific topics concerning his scientific activity.