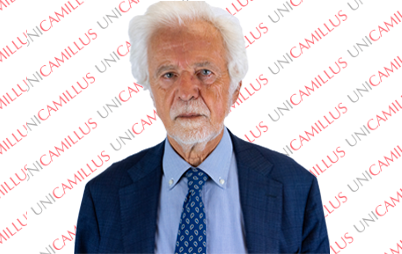 Professor of Narrative Medicine in the course of Moral Philosophy.
He graduated in Medicine and Surgery in 1971 and specialized in Cardiology in 1974.
He worked at the Cardiological Hospital of Ancona until 1979 and then at the S. Camillo Hospital of Rome from 1979 to 1998.
Since 1992 he is Director of Cardiology and since 1998 to 2013 he was Director of the Department of Cardiovascular Diseases at the S. Giovanni Hospital in Rome.
From 2002 to 2004 he was President of the National Association of Hospital Cardiologists (ANMCO) and since 2015 he is President of the Italian Society of Geriatric Cardiology (SICGe).
In 2013 he founded the non profit association “Salute e Società” , which deals with welfare and the relationship between health and social care.
He is the author of about 300 scientific publications on national and international medical collections.