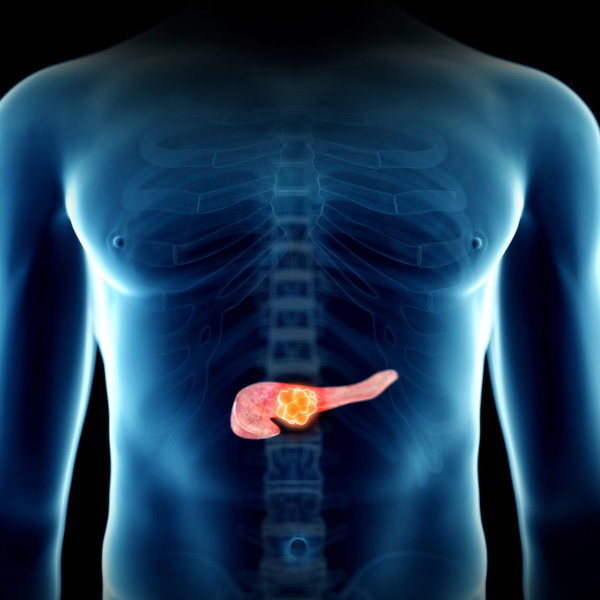 In the largest study ever conducted on the subject, researchers at the University of Oxford, in collaboration with the University of Surrey, have discovered that pancreatic cancer can be diagnosed up to three years before the cancer cells emerge (click here to read the results of this research).

The study looked at the most common symptoms, which usually precede the detection of pancreatic cancer in humans: weight loss, high blood sugar and diabetes. Researchers then came to the conclusion that anyone suffering from one of these disorders (or disease in the case of diabetes) is more likely to have cancer.

Researchers analysed data from more than 10 million people across the UK to investigate the theories, covering as much of the population as possible and strengthening the outcome of the study. “We extracted information on pancreatic cancer diagnoses related to the three symptoms of interest, and studied how these change over time”, the researchers say.

“We initially compared”, they continue, “the body mass index for weight loss and HbA1c (or haemoglobin) for blood glucose of almost 9,000 people, who had been diagnosed with pancreatic cancer, with those of a group of almost 35,000 people, who had not been affected by the disease. We found that the dramatic weight loss in people with pancreatic cancer began as early as two years before they received the fatal diagnosis”.

“We are also trying to integrate this information into a more complex tool (an algorithm), which doctors can use in the future. The combined use of weight and glucose changes and the potential incorporation of other key symptoms of pancreatic cancer (dark urine, light stools, yellowish skin) is much more effective than looking at each of these measures separately. Such a tool could be the key to improving early diagnosis and saving many lives”, conclude the Oxford and Surrey researchers.