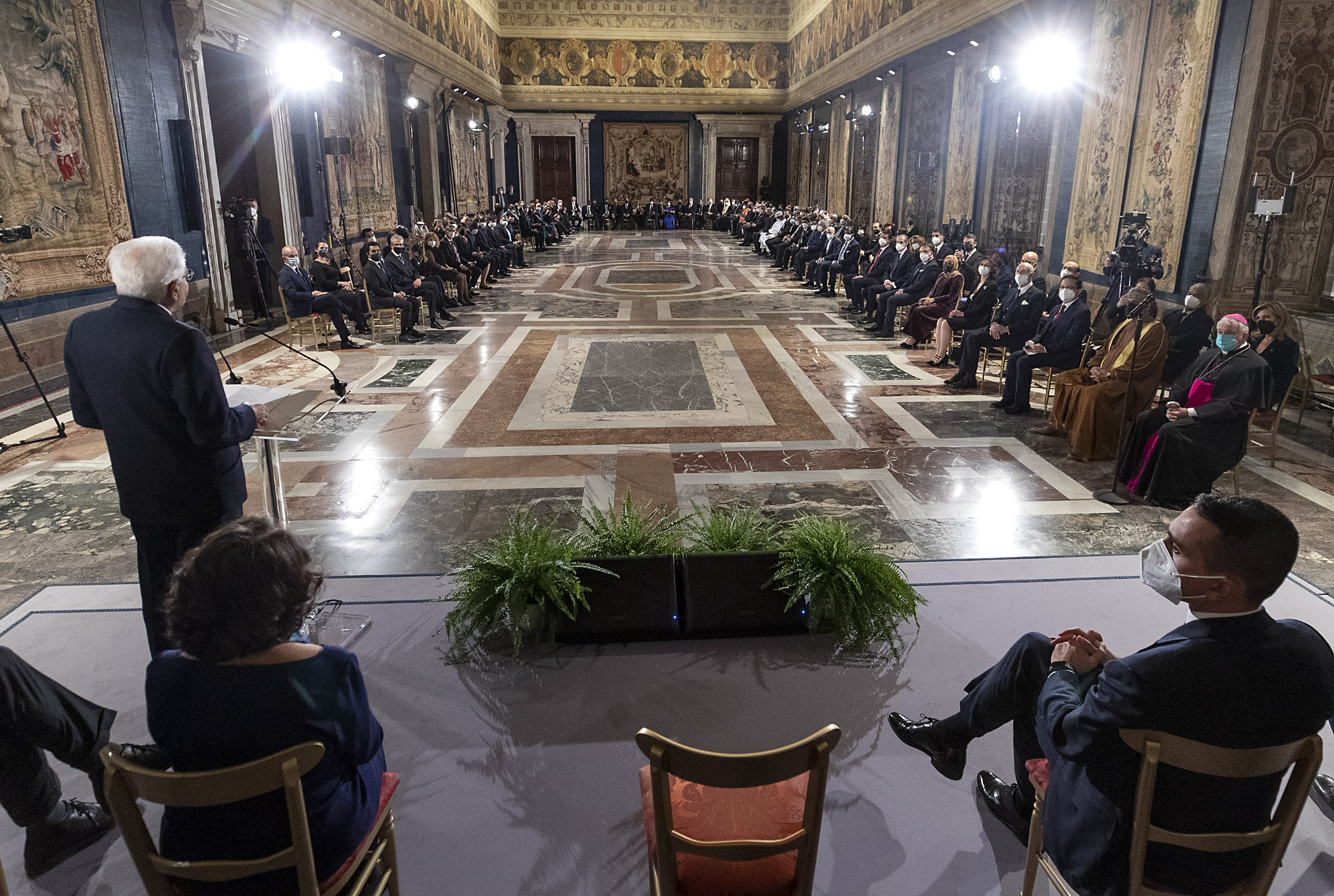 “Today for me is the occasion for a farewell”. The words of the President of the Republic, Sergio Mattarella, clarify any doubt about the nature of the official visits of these hours. At first, a farewell visit to Pope Francis at the Vatican, then the turn of the ambassadors accredited in Rome during the usual ceremony of greetings by the diplomatic corps at the Quirinal.

“My wish is for a 2022 that will allow our peoples to treasure the lessons we have learned in these two years, for a better future”, the President said. “In the last year, the effects of the pandemic have continued affecting indistinctly all of us, in every continent, making clear that the answers to the challenges of the moment transcend the national borders. Our destinies, those of the Planet and all humanity are inextricably linked”.

“We are facing – with pain but increasing effectiveness – a common danger for mankind that brought mourning everywhere and threw economies and societies into crisis. Facing it was possible thanks to the international scientific community which collaborated in an open and integrated way beyond national borders, exchanging knowledge, experiences and discoveries”. This was underlined by the President. “If this pandemic makes us fear the outbreak of new ones, then it is indispensable that in addition to the international scientific collaboration, every country must be open to mutual collaboration in every field”.

Also Prime Minister Mario Draghi spoke just about this, firstly in the Chamber of Deputies and then in the Senate, before the European Council’s imminent meeting. “However today ‘s figures paint a very different picture compared to last year. In Italy, the total number of current positive people is 297 thousand. Twelve months ago it was 675 thousand, despite a greater level of restrictions. Hospitalized people are 8026. On 14 December 2020 they were 30860. During the last week there have been 95 deaths per day on average. One year ago, in the same period, they were 692. We must be cautious but we’re moving toward Christmas more safely and prepared”.

A clear improvement, due “especially to the vaccination campaign”. The Prime Minister underlined: “in Italy we vaccinated almost 46 million people with two doses, more than 300 million in a year throughout the European Union. It is an impressive mobilization, therefore I want to thank the national sanitary Service, the structure of the Commissioner for Covid-19 Emergency, the Civil Protection, and all the citizens”.

Today in Italy more than 85% of the population over 12 years has received two doses and about 20% has done the third too. In the meantime, already from 16 December it is possible to vaccinate children in the age range between 5 to 11.

The Prime Minister added: “Once again I would like to encourage those who didn’t get vaccinated to do it soon and those who did the first two doses to do the third as well. As shown by a recent study of the Istituto Superiore di Sanità, non-vaccinated people have a risk of dying 11 times higher than those who have received the second dose and almost 17 times higher than those who have received the third one. Getting vaccinated is fundamental to protect ourselves, our loved ones, our community. It is essential in order to continue keeping the economy open, as well as schools and social places, as we’ve managed to do so far”.