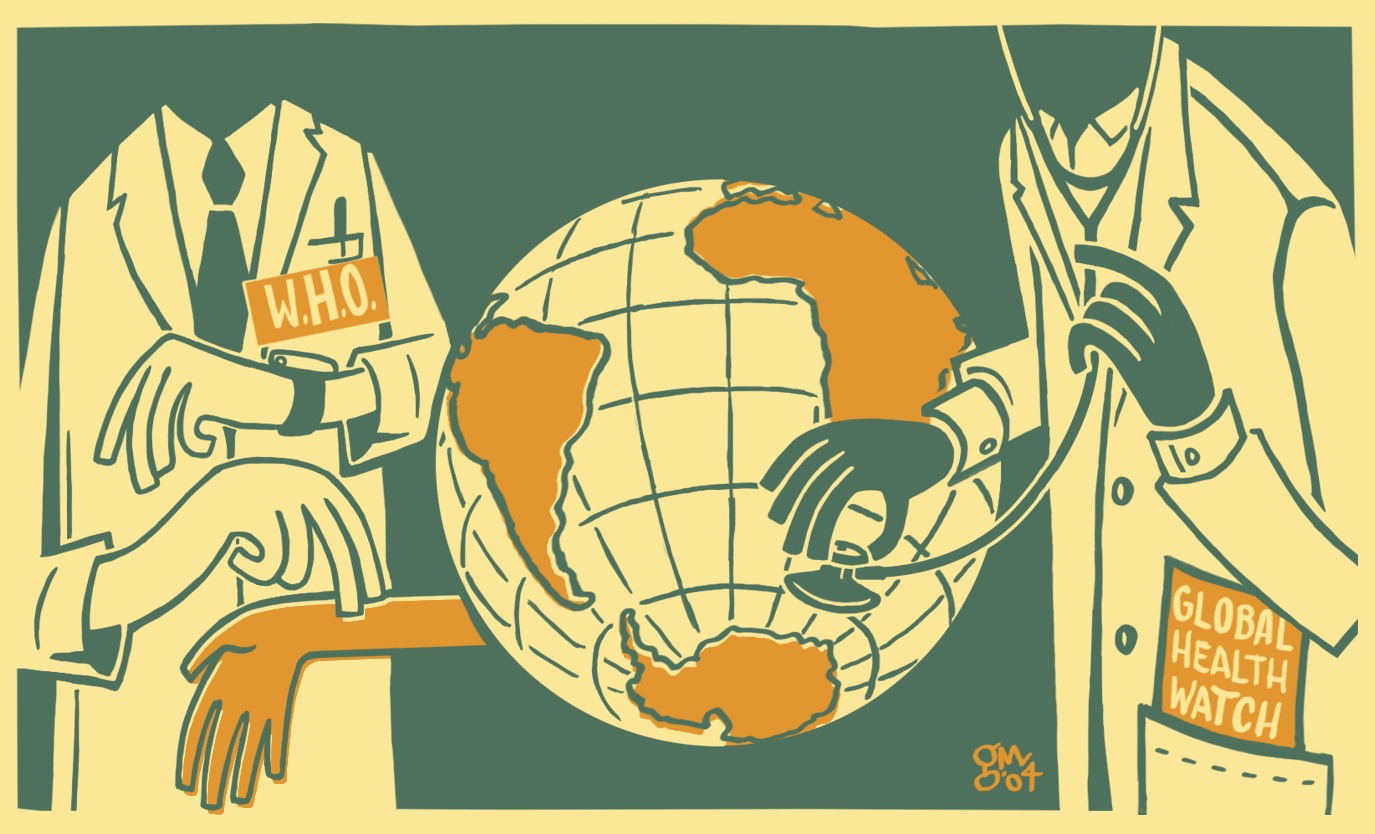 Global health tested by the coronavirus

edited by Alessandro Boccanelli, Professor of Moral Philosophy in Medicine and Surgery Degree in UniCamillus

The “stress test” to which the coronavirus pandemic has submitted the notion and the reality of “Global Health” has exposed flaws, but also strenght points of the system. “All quiet until something happens” seems to be the motto of the human protection system that we gave ourselves.

The world has become little and apparently unique thanks to the extreme easiness of connections, both physical and of communication, and the contents of possible exchanges are trade, finance, culture, science, health, environment; but is globality multidirectional and mutual, or is it intrinsically asymmetric? Is the notion of globality and universality a fabrication of rich countries, of small groups of financial and economical power so that they can exert their influence on the rest of the world? This doubt assails even when the subject of globality is a primary good such as health.

Paradoxically/Ironically it happened that it was precisely the rich countries who got involved in the pandemic stressor, and this has probably been the main cause of confusion. If had been hit only the poorest countries, there would have sparked a solidarity race drenched with the self-celebration of the rich, the charitable, technologically and scientifically equipped to come to the aid of the hapless. But what happens if the pandemic hits violently western countries? The result is a frantic reaction which sheds light on all the flaws of the system.

The first stage is amazement: “How can it be possible that this is happening to me, given my health system, my hygiene and my “cultured” social fabric?”

The second one is the classification of the difference of the impact: “Things in your country are worse because you are not as well organized as I am”.

The third stage is the re-appearance of national egoism: “I will lock down, I will not lock down, I am self-sufficient, I defend my country’s interests”.

And the poorer countries? This is not the time to think about them too, we have our own problems. The result is, as a first corollary, that “Global Health” is only a valid concept under certain conditions: that the game is run by the rich countries and that they are not put to test.

If we consider “Global Health” as the container of the universal well-being, we can put into it non only health seen as the absence of disease, but also wellness that arises from environmental preservation, from the availability of food for everyone, from the reduction of social and economical differences, from the democratic distribution of the power of decision. The means to get to a universal distribution of wellness are scientific, organizational, political, socio-economic, of communication: coronavirus put under pressure the system in all of its mechanisms, revealing its intrinsic weakness.

From a scientific point of view: absence of a monitoring system. It is in the public eye the underestimation of the explosive potential of Sars covid-19, that allowed the infection to spread undisturbed for many weeks. In Italy, where the spread has been faster and more lethal, there has been a severe misunderstanding of the phenomenon that had been developing, enabling the development of outbreaks with a high virulence of infection.

From an organizational point of view: WHO should be the coordinator of Global Health. Since its foundation, WHO is considered the authority of internation coordination and management of health. Except WHO is only a technical agency, which leaves to the single governments the priority of managing the health of their own populations. Many States have weak and inefficient health systems that do not allow them to address the internal and external spread of the virus. Moreover, WHO’s budget is undersized in comparison to its responsibilities (equal to 1/3 of the budget of the USA’s CCM). In the preparation of the budget, WHO was counting on the erroneous trust to promptly mobilize funds in the event of a crisis, but the waiting of contributions and donations implies a fatal delay. During the spread of Ebola we already realized that the world is not prepared to respond to a life-threatening global emergency.

In the absence of an organization equipped with supra-national powers for the protection of populations, the latter is left to the capacity of governments and to political conditiong. Economical lobbies can strongly influence decisions regarding the choices for the management of the sanitary emergency. Illustration of this is the  controversy of many States on the Lockdown opportunity. Some had to overcome the resistance of industrials in order to interrupt all production activities and this has caused delays in the fight against the spread of the epidemic. The guilty silence of some governments to try to hide the spread of the infection has also contributed to the widespread outbreak. In France, when everything should have already been interrupted, local elections were held, bringing 35 million of people at the polls. In the UK it was suggested “herd immunity” by letting the epidemic run its natural selection. In Europe came back nationalism and boundaries with a substantial lack of solidarity, which will jeopardize the survival of the Union. The Government’s concentration of powers can turn into authority. Men of power are tempted to use the emergency for personal use, and enter in a sovereign space that would be otherwise precluded. An example of this is the coup (one cannot call it differently) of the Hungarian premier Orban who found in the war against the virus a way to derogate to the review of legality of the Constitutional Court. This phenomenon is taking place, although in a mitigated form, in the USA.

Social and economical problems: Rich countries will be able to put into motion, at least in part, their social safety nets in order to counter the drops in production, with support to the weakest members of the population. Where work is not granted by contractual arrangements and the diseases cannot count on the efficiency of the health system, big portions of citizens will suffer a serious economical crisis, with a higher risk to contract the disease. Think about precarious American workers who lose their salary if they do not go to work, so they will continue to go to work even though they contracted the disease, thus spreading further the infection.

Confusion of communication: The pandemic is too important of an event to not become the center of communication, through all social, political, scientific layers and, in general, all of the population. Communication is partly entrusted to professionals (journalists, press offices through conventional ways), but it is also self-managed by anyone who wants to share their opinion on social media. The overall effect is that of a hen house. Communication about such an all-pervasive event in our lives is a great opportunity for many: journalists have a major theme, politics have a great chance for visibility, and also in the world of science any worker, even the marginal ones, takes on the role of expert with a right to speak. What suffers most from this, before anything else, is the “communication service”, the serious one, rigorous, based on scientific evidence, broadcasted to the public decision-makers, and so to the population, for the “operating instructions” on our existence during the pandemic.

It is the difficulty of the initial penetration and the non-univocity of the communication service that favoured the first phase of the pandemic outbreak. The voices of experts vanished in the chorus, but the experts themselves were often discordant: think of messages on the usefulness of personal protective equipment, made mandatory only after almost the horse is bolted.

It is quite likely that the environmental changes of our planet, also bound to the exponential growth of the world population, will facilitate the occurence of phenomenon such as the one we are living now. We are learning so much, as always, from our mistakes. In this case mistakes that are scientific, organizational, political, of an approach to the economy based only on the principle of continued growth; mistakes that brought us  to a disastrous landslide of the levees. If we want globalization because it is the natural evolution of the market and of communication, it is necessary to put in place instruments of defence, and not only systems of global exploitation. Otherwise, we will wait for the next time.