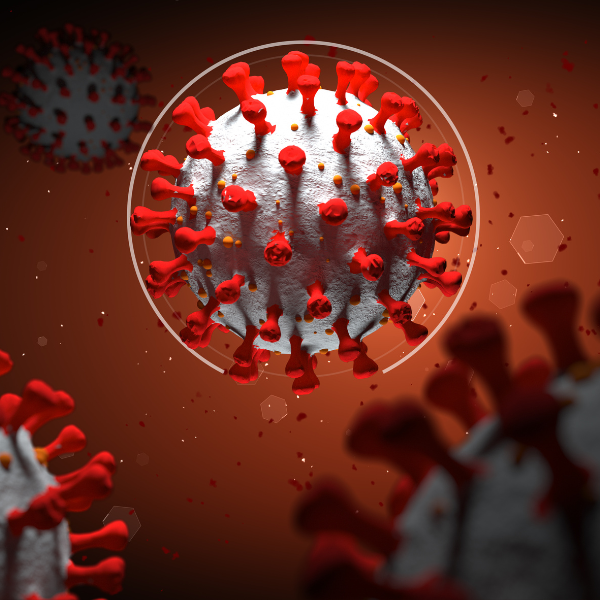 The mental burden left behind by Coronavirus: a study indicates that risk of psychiatric problems continues to rise two years after diagnosis.

Research suggests that people who were affected by Coronavirus have a higher possibility of suffering from neurological conditions such as brain fog, dementia or psychosis up to two years after the disease is over. Psychotic episodes, dementia, brain fog or epilepsy: for 24 months after COVID infection, patients may experience neurological and psychiatric problems.

These details come from an Oxford University study, published in The Lancet Psychiatry, examining the risk of developing psychiatric or neurological disorders over time.
Clinical information from about 1.3 million COVID patients – most of them from the United States – was collected. Available data are also from Spain, Australia, Bulgaria and Malaysia, and more.
This data was cross-referenced with a likewise group of patients who suffered from other respiratory infections.

During a media briefing, Paul Harrison, Professor at Oxford University and study first author, clarified that the aforementioned risks are not dramatic and they can change across age groups. Coronavirus patients do not have a 10 or 100 time higher risk than other patients, Harrison said.  “I think in the worst case scenario, they may have a 2 or 3 time higher risk of suffering from those problems: some of the aforementioned health issues will be 2 to 3 times more common after dealing with COVID than other respiratory infections. But those medical concerns that are usually common also tend to be rare”. The survey highlights that the risks of common psychiatric disorders, such as anxiety or depression, disappear within two months.

During the same meeting with reporters, Max Taquet, Researcher in psychiatry at the National Institute for Health Research and co-author of the study, declared: “Good news” – “The extreme risk of getting specific disorders, such as anxiety, disappears within three months without any relapse throughout  two years. That is to say, two years after COVID, the number of patients with Coronavirus suffering from depression or anxiety disorders was the same as individuals who had different respiratory infections. This data is very reassuring.”

The appearance of cognitive deficits risks (such as brain fog, dementia, psychotic disorders, epilepsy and seizures) throughout 2 years after COVID is definitely less reassuring. According to Professor Harrison, their research did not manage to clarify whether these cases are proof of a chronic or specific increase. This data should only be used as knowledge for accurate health planning.

From an age perspective, the study underlines that individuals under the age of 64 have a higher risk of brain fog or muscle disorders than those in the same age group who were affected by other respiratory infections. A higher incidence of brain fog, dementia and psychotic disorder was observed in older patients inside the control group.