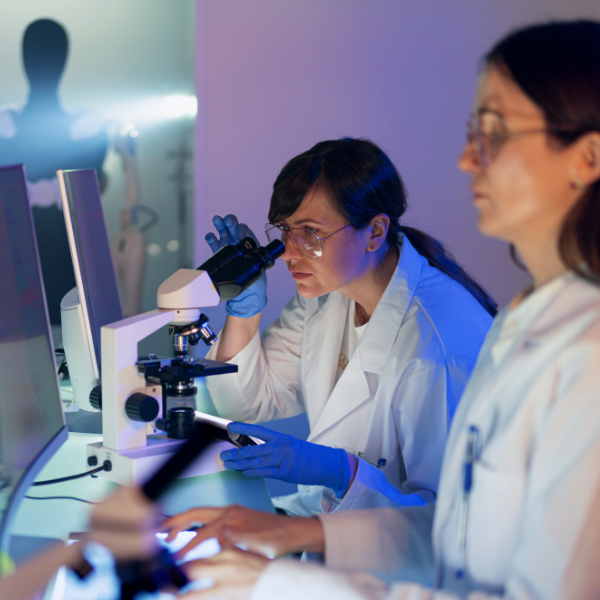 In recent years, immunotherapies such as CAR T-cells have taken personalised treatment to a new level. These chimeric cells are created after extracting the patient’s T-lymphocytes (specialised cells of the immune system), modifying them, so they recognise specific antigens on the surface of the patient’s cancer cells, and re-injecting them for elimination.

However, CAR T-cells have shown efficacy with liquid cancers, such as leukaemia, but have not been able to overcome the immunosuppressive barriers, which deactivate them before reaching solid cancers such as pancreatic cancers or melanoma.

Over the past few days, the results of two studies, tested on mice and based on synthetic biology, have been published in the journal Science.

In the first study, a team led by Ahmad Kalil from Boston University developed a series of genetic switches, which are added to human immune cells and allow them to regulate their activity. For example, they make them start their anti-cancer activity at a specific time and do not act only when they are injected into the patient. Scientists have designed the switch so that it is activated by drugs, which have already been approved and found to be safe, such as grazoprevir, which is used to treat hepatitis C, afimoxifene, used for breast cancer, or abscisic acid, a hormone found in plants.

In the second study, a team led by Wendell Lim from the University of California, San Francisco (USA), used synthetic receptors, which were added to CAR T-cells and thus refined the timing of improved lymphocyte attack. This new docking site served the CAR T-cells to produce interleukin-2, a protein that triggers immune attack, but only when there was direct contact with the tumour cells. This technology, on the one hand, reduced the collateral damage of immunological blasting and, on the other hand, made it possible to overcome the immunosuppressive environment that protects solid tumours and to reduce their size in mice serving as test subjects.

The combination of these techniques will be a way of adapting therapies to a disease as dynamic as cancer, should they eventually work in humans as well, maintaining immune activity over time, intensifying it when necessary and targeting it only where needed, without harming the patient.

In addition to technical problems, these types of treatments have to overcome production costs, in order for them to reach many people. Now, CAR T-cells therapies cost hundreds of thousands of euros and the addition of synthetic biology will not make them cheaper in the short term.