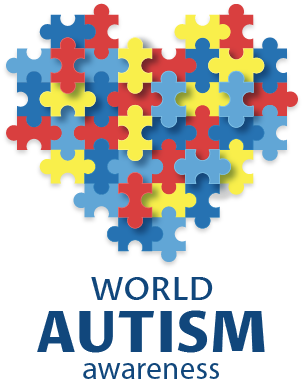 The color chosen is blue and will illuminate several Italian cities, starting with government buildings and the Capitoline Hill. The story told is about autism spectrum disorders.

The World Autism Awareness Day, established in 2007 by the UN General Assembly, wants to turn the light on that heterogeneous set of neurodevelopmental disorders expressed with different severities from person to person.

Characteristic of this type of disorders are the stereotypical use of movements and language; excessive adherence to routines; opposition to changes, hyper or hypo reactivity to sensory stimuli.

The term autism was invented at the beginning of the twentieth century. In 1912, Eugen Bleuler, a Swiss psychiatrist, used the term to associate a series of autistic symptoms with schizophrenia.

The first definition of autism as a clinical syndrome dates back to two publications of the 1940s. The first one, published in 1943 by Leo Kanner, describes children characterized by the absence of social interests, tendency to be alone, intolerance to change, few and stereotyped interests, and speech and cognitive impairments. The second one, written in 1944 by Asperger, delineates subjects with similar behaviors; however, without cognitive and linguistic deficit.

Since then, in the fifth Diagnostic and Statistical Manual of Mental Disorders (DSM), the definition of autism has been extended to autism spectrum disorders.

In essence, the pre-existing characterization (autistic disorder, Asperger syndrome, childhood disintegrative disorder, Rett syndrome, and pervasive developmental disorder not otherwise specified) is eliminated. By using the term “spectrum”, it is emphasized the heterogeneity of the disorder and the symptomatological continuum in which each individual presents his own specificities.

The diagnostic criteria have also been updated, passing from the three previous categories to two dimensional criteria, namely the difficulty of social communication and social interaction and restricted and repetitive behaviors, interests or activities.

Once the disorder has been identified, the fundamental issue is to ensure the best possible treatments aimed at increasing the quality of life of individuals.

In the 1980s, only 25% of diagnosed people managed to develop verbal communication skills. Nowadays, about 75% of diagnosed subjects are capable of developing such skills.

What made the difference in improving the quality of life was early diagnosis and timely intervention, crucial to ensure greater effectiveness of interventions compared to those initiated in late childhood.

To promote this activity, the National Autism Observatory of the Istituto Superiore di Sanità, which promotes early recognition through the surveillance of the general and high-risk pediatric population, identified in children with siblings diagnosed with autism spectrum disorder up to 36 months of life; premature infants between the 26th week and 31st week of gestational age or weighing less than 1500 grams, and infants small for gestational age, i.e. with birth weight below the 3rd percentile.

To date, in Italy, 1 child out of 77 (age 7-9 years) has an autism spectrum disorder with a higher prevalence in males, affected 4.4 times more than females.