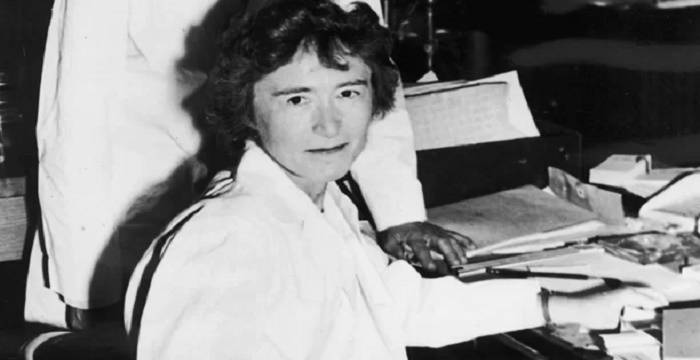 Gerty Theresa Radnitz, a Czech biochemist, was born on August 15th, 1896 and was the first woman to be awarded the Nobel Prize for Medicine in 1947, together with her husband Carl Ferdinand Cori and the Argentine physiologist Bernardo Houssay.
Although at the beginning of the century women’s studies were mostly aimed at the care of domestic life and the art of public speaking, it was with great sacrifice and willpower that Gerty managed to access and brilliantly complete her studies in medicine. At the medical school of the University of Prague she met her future husband, life and study partner with whom she also shared the Nobel Prize for their discoveries on the understanding of the molecular mechanisms by which cells assimilate food and convert it into chemical energy or in cellular reserve in the form of glycogen, or the metabolic cycle later called “Cori cycle”.

The Nobel Prize established in 1901 boasts to date, in the field of Medicine, about 200 laureates of which only 12 are women and almost always shared with male colleagues.
Gerty lived in the shadow of her husband and despite having the same scientific curriculum, in the Research Institutes and Universities where she worked, she has always had a subordinate position to him, even in the United States where they emigrated in 1922.

In 1977, after an entire career spent in overcoming discrimination, biophysics Rosalyn Yalow accepted the Nobel Prize for Medicine with a famous speech: “The inability of women to achieve leadership positions is largely due to social and professional discrimination (. .) we must believe in ourselves or nobody will believe in us; we must feed our aspirations with the competence, courage and determination to succeed; we must feel the personal responsibility of making the path easier for those who come next.“

It sounds like a speech connected to that period, in which man certainly had greater access to culture than woman but still today, although the relationship between men and women is in favor of the latter and access to higher education have equilized in the last 50 years, female scientists have much more difficulty emerging and receiving recognition than their colleagues.